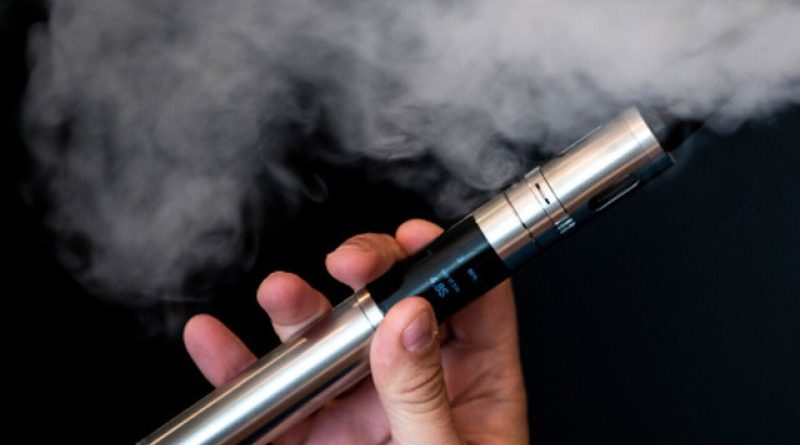 There’s a lot of talk about Kansas e-cigarettes and the health risks associated with them. These vapors contain nicotine, which is dangerous for you and your health. Secondhand vapor is also harmful, and it can lead to a heart attack. Here’s what you need to know about them.

The legality of e-cigarettes in Kansas is still up for debate. Some Kansas communities have already passed local ordinances that ban the sale of e-cigarettes, but others are waiting to see what happens in court. The American Cancer Society Action Network has been a driving force behind efforts to ban vaping. The Olathe school board recently voted to sue Juul for violating their smoke-free policy, and officials in Goddard have announced plans for a similar suit against the company. In neighboring Missouri, however, the prospects for a vaping ban are less clear.

The latest CDC report shows that at least 530 Americans have contracted a respiratory illness related to vaping. While there have been several deaths, the CDC is still investigating the causes of the outbreak. In Kansas, there have been six cases of serious lung disease, including one fatality. The CDC confirms that the chemical additive vitamin E acetate is involved in many of these cases, but stresses that this is not true for every case.

Nicotine in e-cigarettes is harmful

A recent study has found that a high level of nicotine in e-cigarettes is linked to a higher risk of coronary artery disease, heart attack, and depression. The results are shocking, and they should cause a wake-up call for those who use these products. The study’s lead author, Mohinder Vindhyal, is an assistant professor at the University of Kansas School of Medicine in Wichita. Vindhyal’s work has garnered international attention and has already been cited in news articles.

A typical adult can be exposed to 30 to 60 mg of nicotine in just one cigarette, and nicotine in e-cigarettes is easily absorbed through the skin. This exposure can be lethal if swallowed or inhaled. Furthermore, many of these e-cigarettes come with rechargeable refills, which are a serious hazard for children.

Recent findings have shown that e-cigarettes produce secondhand toxins and are not safe for health. The National Academies of Sciences, Engineering, and Medicine reviewed over 800 peer-reviewed studies and issued 47 conclusions about the health risks of these vapor products. The findings came at the same time as a lawsuit filed by the American Academy of Pediatrics against the Food and Drug Administration and the Department of Health and Human Services. The lawsuit contends that the agency exceeded its authority by delaying the review and failing to provide opportunity for public comment.

The Right to Vape Tour is an organized campaign to change the “predicate date” in the Tobacco Control Act and recognize the industry as 95% less harmful than cigarettes. However, if the FDA doesn’t change the law soon, thousands of businesses will close and millions of people will lose their access to these low-risk products.

They cause heart attack

A new study is examining the relationship between e-cigarette use and the risk of heart attack. Published in the American Journal of Preventive Medicine, the findings were presented at a conference in Baltimore in February. Lead author Stanton Glantz, M.D. is a professor of medicine and the director of the Center for Tobacco Control Research and Education at the University of California, San Francisco. The study was supported by the National Cancer Institute and the Food and Drug Administration’s Center for Tobacco Products.

They are a tobacco cessation drug

There are many questions that remain unanswered when it comes to the safety and effectiveness of e-cigarettes as a tobacco cessation drug. There is not enough evidence to recommend these devices for cessation. The safest tobacco cessation strategy should include counseling, nicotine replacement therapy, and FDA-approved medications. While the basic technology of e-cigarettes is generally consistent, different brands have varying amounts of nicotine and other potentially toxic chemicals.

They are regulated in Kansas

The Kansas Department of Health and Environment is trying to discourage residents from using e-cigarettes. However, vapers argue that these devices are a healthier alternative to cigarettes. They say the problem stems from misinformation and where consumers buy these products. Here is a look at some of the state’s current laws on e-cigarettes.

Several communities in Kansas have passed local ordinances to regulate e-cigarette use. Some health officials and lawmakers are concerned about the potential for addiction to electronic smoking devices. Regardless, it is important that Kansas policymakers continue to monitor the issue and act to reduce it. There is no single solution, but lawmakers are looking into multiple options to curb the spread of tobacco use.